Phone calls can mean so much during this time.

“In an abundance of caution” is a phrase I heard repeatedly as various things began to shut down around me mid-March. Now, as states are easing out of that time of “caution” we may still miss the physical contact with people during social distancing. While I miss hugging my family, I am thankful for the technology that allows my daughter to send me photos and videos of my granddaughter. She is no longer the baby that I watched once a week in February. She is a darling and busy toddler.

There are people who don’t or can’t use technology. Some people have never learned to use the internet or smart phones. Maybe that’s because they are older and just never wanted to learn, thinking they “got along fine without it.” Maybe they have failing vision that would create additional barriers to using buttons and screens.

For whatever reason, there are people who still don’t see the faces of loved ones right now.

There are also people who live alone. Whether those people are old or young, their days are probably longer than mine. While my husband and I are each involved in our own activities for much of the day, we can stop what we are doing and talk to each other whenever we like. We can take walks together.

There are also people who know how to use computers, email, and text, but who really don’t like using these means of communication. They prefer phone conversations to emails, texts, or zooms. I noticed some of these people don’t respond very often to group texts or emails.

Many of us, as the world around us begins to “reopen” are still staying at home because we are in the group of people who are most at risk. When you are over sixty-five, you find that many of your friends are also in this group. My daughter is pregnant and plans on continuing to work from home.

Honestly, I am totally fine with living the quiet life a while longer. But I do enjoy talking to people.

If you remember the late 1970’s, you might recall the television commercials put out by AT&T or Bell Telephone (wow that’s a name from the past) that promoted long distance phone calls, which then came with a price tag. The jingle that was part of these commercials were the words “Reach out and touch someone.” If you have no idea what I’m talking about or just want a trip down memory lane you can see many of these on You-Tube. Here’s one I remember.

Email has replaced snail mail and texts have replaced phone calls for many people, but I have learned over the last eight weeks that people still like to hear someone’s voice. I like to hear voices of people I know.

Each week I called two or three people that I would probably not have talked to on the phone normally. There are people I have called only once during that time and others I have contacted two or three times.

Some of these are people I have not talked to in six months or a year. Others are friends I lunch with on occasion and would have seen during this time if we had gathered as usual. There are family members I would have gathered with at Easter and mothers of children with autism that spoke to me for my book. I spoke with people who live alone and some who live with other people. A few people have been sad and struggling. Some have been content.

Almost all of the people I have talked to on the phone during this time of pandemic told me how much they appreciated my call or how much it meant to them to have someone to talk to.

I appreciated the conversations myself and loved catching up with people this way. I’m glad I took the time to “reach out and touch someone” via phone.

3 thoughts on “Reach Out While Social Distancing” 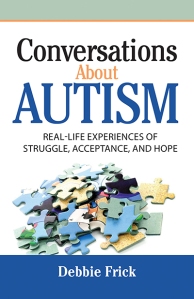